By Allison Grant, Curator at the Museum of Photography of Chicago –  July 2012

It is a mistake to think of Laetitia Soulier’s sensuously constructed images as fantastic imaginings that merely nod to their deceptions of scale and form. In her work, she uses symmetry, scale, order, and balance to create images that play with perception and turn the familiar into the foreign, but these tricks of the eye really serve to engage us in Soulier’s deeper interest—the subjective experience of reality. Much like Lewis Carroll’s alluring fairytales, Soulier offers up a world where fantasy and reality entwine not only to defy common logic, but also to reveal the constant fluctuation that marks human perception.

Soulier makes this point in the Matryoshka images from her series Fractal Architectures (2007–12). She builds and photographs hyperrealistic models of quaint rooms and hallways, which feature young women who appear larger than life in comparison to the miniature objects that surround them. The girls are at once stand-ins for characters in a dark fairytale and playful children caught at that unique age when the mind can move freely between rational thought and fantasy. In Soulier’s words, the environments are “their toy, their home, their childhood, their adulthood, the space between their past and their future.” Each room is wallpapered with fractal patterns adapted from the shape of Russian Matryoshka nesting dolls, which were an original inspiration for the project. This repeating motif, from a mathematical formula that causes patterns to telescope in and out like stacking dolls, confuses the scale of the images, and Soulier uses it to effectively suggest that consciousness and identity are always in flux.

Forms also repeat in Palindromes (2008–09), a series of diptychs that pair symmetrical pictures of urban settings with images of identical twins. Here, children and architecture once again stand in for the human psyche, requiring the eye to skip across the picture plane and compare the small details of corresponding forms. As with Soulier’s other works, she finds a duality between our outer and inner worlds, this time using mundane settings and children to create uncanny binary pairings that seem both familiar and alien.

Through all of her work, Soulier brings us back to childhood, when our sense of self was most malleable and the boundaries between reality and fantasy easily blurred. Her photographs compress space and time, jarring our adult sense of the world and awakening levels of consciousness that are within us all, lying just beyond our lucid reasoning. 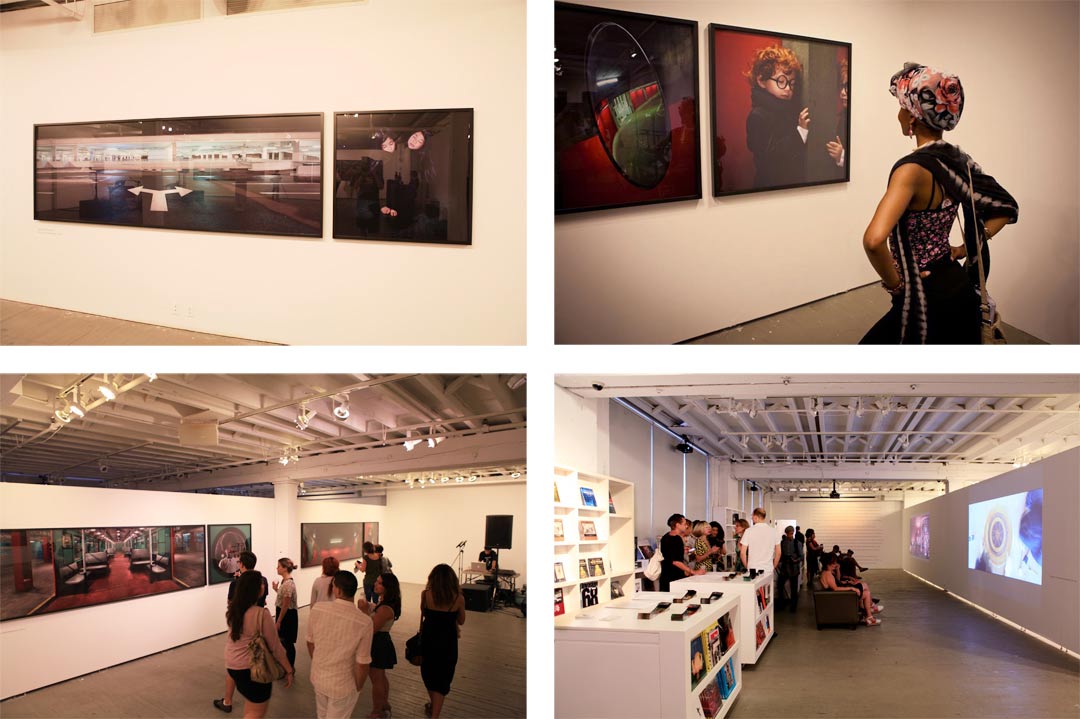